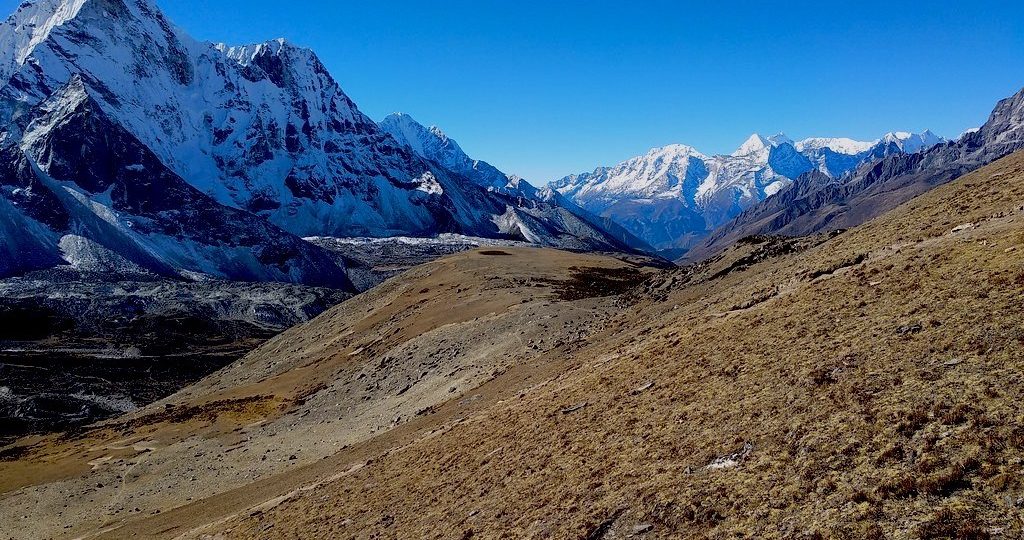 The hiking trail to the Everest Base Camp is as famous as the iconic Mount Everest. Trekkers from all over the world visiting Nepal just to make it to this base camp. From Everest Base Camp, only a few well-prepared and brave climbers continue to the summit of Everest.

The Everest route is full of adventure, starting at Lukla airport and finishing at Everest Base Camp.

The weather on the way to Everest Base Camp is always changing and hard to predict.

However, a careful packing list for the Everest Base Camp trek will keep you ready for any conditions. For detailed information on what to pack, check it out here.

The entire year in the Everest Base Camp areas can be divided into four seasons;

Everest Base Camp Weather in Spring (March to May)

Spring marks the end of the blistering winter and the transitional period of the chilly summer. In the Everest Base Camp area, the season usually brings mild

By May, weather conditions tend to change as the monsoon slowly starts to approach.

The temperatures start to decrease from 15°C to-10°C from early March. During this season, wind speeds decline to around 14 km/h. Sunshine hour is 7 hours and precipitation is 15 mm per month.

There is a rare chance of rainfall during this time of year. Moreover, the humidity is also low and day temperature is warm. But the nights and mornings are still cold and chilly.

With pleasant weather conditions, moderate temperatures and better visibility, this time is considered to be the best time for Everest Base Camp Trek.

Everest Base Camp Weather in Summer (June to August)

In Nepal, monsoon falls between June – August and sometimes even until mid-September.

During the rainy season, especially the lower parts of the trail become wet, muddy and slippery. Due to the continuous downpour, the mountains are covered with clouds or fog or mist.

For this reason, most hikers do not recommend the Everest Base Camp trek during this season.

From early June, temperatures start to rise from 17°C to 5°C.

During monsoon time, the precipitation level in the Everest Base Camp also increases and reaches up to 190 mm.

The sunshine hour is 5 hours a day during this season. Wind speed also tends to increase by 16 km/hr.

Everest Base Camp Weather in Autumn (September to November)

Autumn is the beginning of the popular hiking season in Nepal. Expect to find thousands of people on the Everest Base Camp trail.

These months are the driest months in Nepal as well. All weather conditions are favorable, neither too cold at higher elevations, nor too hot at lower elevations.

It is important to note that it may be warm during the day, but as the sun sets, the temperatures can drop to a freezing level.

There is less chance of rainfall during this season with no precipitation. Wind speed is also at least 13 km/h, a good range while trekking in the Everest Base Camp area.

The sunshine hour is 7 hours a day during this season.

Everest Base Camp Weather in Winter (December to February)

Despite the cold weather, during the day views of the mountains and valleys are stunning.

The winter season at the Everest Base Camp area is dry. During this season, the temperature at the lower elevation is truly enjoyable, but there will be heavy snowfalls at higher elevations.

The average temperature ranges from maximum 15°C in the daytime to -17°C in the night.

Expect freezing temperatures during the nights and early mornings in this season.

Also, wind speed generally increases, i.e. 40 km/h. So, in these months, you have to face the chilly winds that make your Everest Base Camp trek even more challenging.

During these months, the sunshine hour per day is 7 hours. During this period, the temperature is colder, but the silver shine mountain peaks views are often at its best.

You’ll also have plenty of space along the trails and in the lodges.

How difficult is the EBC trek? How many hours a day do you walk approximately?
The Everest Base Camp trek (EBC) is very doable for people who are ready to put in the work prior to departure. The trek is just that: a walk. There are no technical skills required to the journey, just one foot in front of the other; the key is not to rush and to take your time.

Where is Wi-Fi available?
You will have Wi-Fi connections at Namche, Dingboche, Lobuche, Gorak Shep, Lukla and most places. Again, some locations may charge a small fee for its use.

What more can I do in Kathmandu? Can I do any other short trips?
In the Kathmandu Valley you can visit other places such as Patan, Bhaktapur, Kirtipur, Dhulikel or Chitwan (for wildlife safari) – we can help arrange this. If you’re on a stroll, you can go to Nagarkot or Langtang.

You know that the weather in the Himalayas is totally unpredictable. So, don’t freak out about your delayed or canceled flight during the hiking period.

With proper gears and good preparations for the Everest Base Camp trek, this is doable all year round. But you have to be physically fit and mentally ready for this trek.

It would be impossible not to enjoy yourself, no matter what the weather and climate, in one of the wonders of the World- Everest Base Camp! 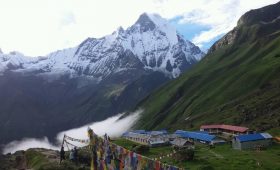 Trekking in Nepal in August 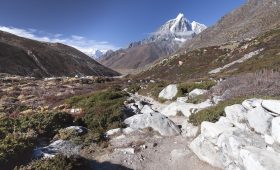 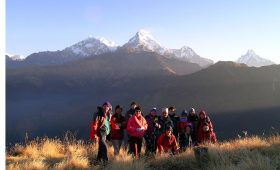