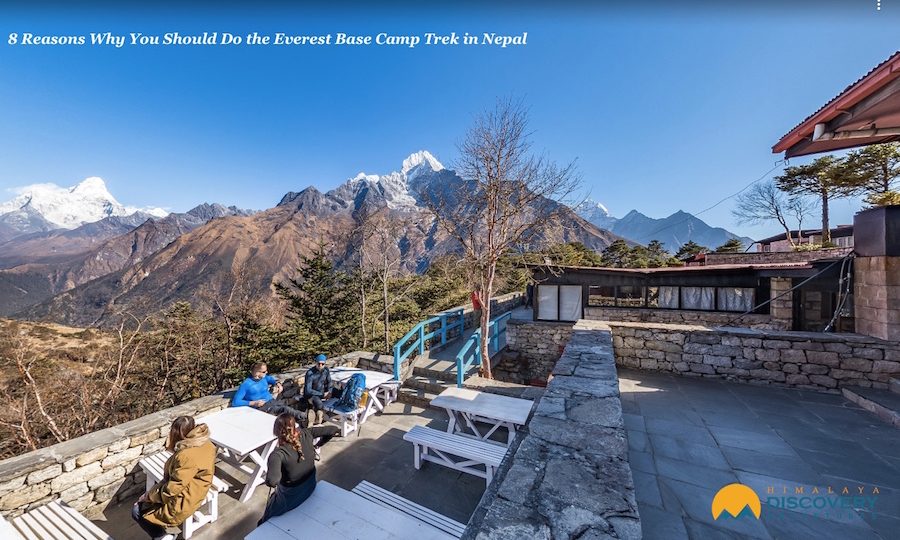 Everest Base Camp Trek is one of the best trekking destinations in Nepal as well as around the world. The stunning sceneries, varying landscapes and colorful culture. This trekking journey follows the footprints set by Edmund Hillary and Tenzing Norgay Sherpa.

Everest Base Camp takes us with a breathtaking Mountain View through several Sherpa villages, monasteries and glaciers. This trek-a walk to the base camp of the biggest mountain in the world, is the greatest walk in the Himalayas.

The trek to Everest Base Camp starts with a short flight from Kathmandu to Lukla. On landing at Lukla airport, one of the world’s highest located airports, you can feel the change in the environment immediately. The Himalayan breeze coruscates with a refreshingly chilly patina down the peaks and brushes the hills. The trekking trail then branches off to various ethnic Sherpa communities and villages before finally completing at the base camp of the tallest Himalayan peak in the world.

The spectacular views of the mountain peaks decorate the skyline at every step of the journey. The region’s natural tapestry is similarly ornamental, woven into a beauty canvas. The route goes through alpine woodlands and rhododendron groves, winding around steep ridge lines and gorges on the river.

In addition, the well-trodden route passes along the way through popular overnight stops, including Namche Bazaar, Dingboche, and Tengboche, to name a few. Each of the region’s villages offers amazing views of the mountain peaks, as well as cultural contours in many ways, such as Stupas, chortens, gumbas and colorful prayer flags that define the ethnic semblance of the region.

The trekking of the Everest Base Camp starts at Lukla. One of the most exciting flights in the world is the 35-minute flight from Kathmandu to Lukla.

You’ll spend a night at the cozy tea house and village lodges at your Everest Base Camp. This is a great way to get in touch with the locals and meet with other trekkers.

Sherpa people are famous for their expertise and loyalty in mountaineering. This brave Sherpas are native to the Everest and Himalayan regions. Their culture has a strong Tibetan culture influence.

This trek is a chance to meet Sherpa people closely. You’re going to get to know the Sherpas and their rich lifestyle and culture.

The Khumbu Region or Nepal’s Everest has the world’s most spectacular mountain views. This region is visited by thousands of trekkers just to get a glimpse of snow-covered peaks.

Throughout the journey, the beautiful landscapes and the stunning mountain views are plentiful. Including the great Mount Everest, the peaks include Lhotse, Cho Oyu and Ama Dablam. The view of these Himalayas sunrise and sunset are incredible.

Most of the Trekking Everest Base Camp takes place in the Sagarmatha National Park. It is a UNESCO World Heritage Site that allows you to get permits to access the area.

The park is famous for its rich flora and fauna and its unique ecosystem in the Himalayas. The park is a natural habitat of the world’s 118 bird species.  There are also plenty of different trees, including birch, juniper, blue pines, and rhododendron.

There is also rare wildlife in the park such as musk deer, snow leopard, Himalayan bear and red panda.

The famous Everest Base Camp doesn’t give you the great view you were expecting of Everest.  Yet, you definitely won’t be disappointed by a little hike to a rocky hill called Kala Patthar.

Kala Patthar offers a magnificent view of the majestic MT. Everest. It is the vantage point of Mt. Everest’s best and closest views.

The Khumbu area is home to magnificent monasteries of Buddhism. In Tengboche, Thame, Khumjung, and Pangboche you will visit several sacred monasteries. Such colorful monasteries are surrounded by stunning views of Everest, Lhotse and Ama Dablam.

Such monasteries are a perfect way to discover the Sherpa people’s spiritual side. I also offer a glimpse into the lifestyle of the Himalayas. The highlight for most trekkers is attending prayers in these monasteries.

Mount Everest is the top of the greatest adventure. And it’s a great achievement to reach its base camp. The excitement and the sense of achievement you get when you reach the base camp vibrant atmosphere surpasses all.

It’s definitely a rewarding experience to be at the base of the world’s greatest mountain.

When is the best time to trek Everest Base Camp

The days start clear in spring and fall, and then clouds gather as the temperature cools in the afternoon. At high altitudes, there is always a chance of snow. Temperatures in the Kathmandu Valley range from 80 ° F/25 ° C to 50 ° F/12 °C in the mountains at an altitude of about 12,000 feet (3,800 m). The temperature can fall below freezing at night.

How Difficult is the Everest Base Camp trek

Most people, based on our experience, consider this trek to be of moderate difficulty. At a good tempo there are 5 to 6 hours of walking every day, and we take occasional breaks. We take the time to ensure that everyone acclimatizes to the altitude, and we pay close attention to the condition of each client. 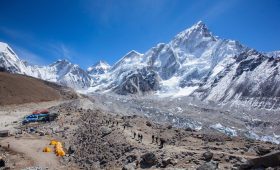 How Much Does It Cost to Trek to Everest Base Camp? 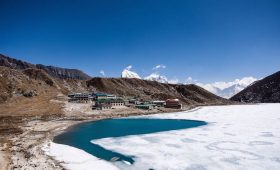 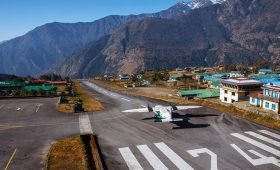 How to get to Lukla from Kathmandu